Skip to content
Home
/
Articles
/
What is the science behind complementary Cancer Treatment?

Dr. Allerton recognized that in order for the brain to function properly and for the neurotransmitters in the brain to receive messages, the hypothalamus must be working correctly, since it is the functioning center for four of the brains most powerful hormones (neurotransmitters) that affect the mind; Serotonin, Dopamine, Norepinephrine and acetylcholine.  It was his feeling that improper Hypothalamic function could be the cause of most of the mental problems/chemical imbalances that affect children and adults.

The general functions of the hypothalamus are of extreme importance to the body, such as:

The main function of the hypothalamus is homeostasis, or maintaining the body’s status quo. Factors such as blood pressure, body temperature, fluid and electrolyte balance, and body weight are held to a precise value called the set-point. Although this set-point can migrate over time, from day to day it is remarkably fixed.

What is the Hypothalamus?

The Hypothalamus is the control center of all autonomic regulatory activities of the body. It has been said that the hypothalamus is the brain of the brain.  It is the hub for  automatic and endocrine homeostatic systems such as cardiovascular, temperature, and abdominal visceral regulation. It manages all endocrine hormonal levels, sensory processing, and organizing body metabolism, as well as ingestive behaviors. It appears that almost everything the Hypothalamus does is related in some way to the management of brain and body connection, linking the psyche (mind) to the body.

The hypothalamus regulates homeostasis. It has regulatory areas for thirst, hunger, body temperature, water balance, and blood pressure, and links the nervous system to the endocrine system.

The hypothalamus, like the rest of the brain, consists of interconnecting nerve cells ( neurons) with a rich blood supply. To understand hypothalamic function it is necessary to define the various forms of neurosecretion. First, there is neurotransmission, which occurs throughout the brain and is the process by which one nerve cell communicates with another at an intimate intermingling of projections from the two cells (a synapse). This transmission of an electrical impulse from one cell to another requires the secretion of a chemical substance from a long projection from one nerve cell body (the axon) into the synaptic space. The chemical substance that is secreted is called a neurotransmitter. The process of synthesis and secretion of neurotransmitters is similar to that shown in Figure 1 with the exception that neurosecretory granules migrate through lengths of the axon before being discharged into the synaptic space.

Thus the brain, and indeed the entire central nervous system, consists of an extraordinary network of neurons interconnected by neurotransmitters. The secretion of specific neurotransmitters, modified by neuromodulators, lends an organized, directed function to the overall system. These neural connections extend upward from the hypothalamus into other key areas, including the cerebral cortex. The result is that intellectual and functional activities as well as external influences, including stresses, can be funneled into the hypothalamus and thence to the endocrine system, from which they may exert effects on the body.

In addition to secreting neurotransmitters and neuromodulators, the hypothalamus synthesizes and secretes a number of neurohormones. The neurons secreting neurohormones are true endocrine (neurohemal) cells in the classical sense since secretory granules containing neurohormones travel from the cell body through the axon to be extruded, where they enter directly a capillary network, thence to be transported through the hypophyseal-portal circulation to the anterior pituitary gland.

Finally, the neurohypophysis, or posterior lobe of the pituitary gland, provides the classical example of neurohormonal activity. The secretory products, mainly vasopressin and oxytocin, are extruded into a capillary network, which feeds directly into the general circulation.

The existence of hormones of the hypothalamus was predicted well before they were detected and chemically characterized, and they have been studied intensively by many investigators. Two groups of American investigators, led by Andrew Schally and Roger Guillemin, respectively, shared the Nobel Prize for Physiology or Medicine for 1977 for their research on pituitary hormones. 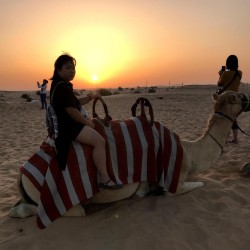